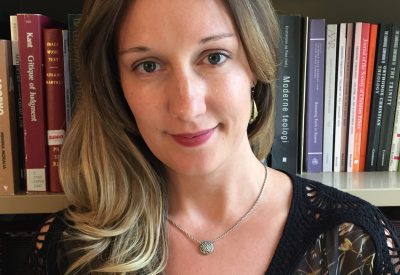 Kathryn Reklis is Associate Professor of Modern Protestant Theology at Fordham University, where she also serves on the Comparative Literature and American Studies faculties. Her book Theology and the Kinesthetic Imagination: Johnathan Edwards and the Making of Modernity (Oxford University Press, 2014) explores the intersection of aesthetics, bodily experience, and desire as a project of self-making in the colonial field of the early modern Atlantic world. From 2009-2016 she co-directed the Institute for Art, Religion, and Social Justice, which she co-founded with artist AA Bronson. She writes a monthly column “On Media” for The Christian Century