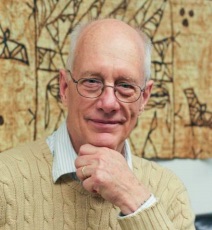 John G. Gager joined the Princeton faculty in 1968. His scholarly concern is with the religions of the Roman Empire, especially early Christianity and its relations to ancient Judaism. He has also written on the theme of religion and magic. His books include Moses in Greco-Roman Paganism; Kingdom and Community: The Social World of Early Christianity; The Origins of Anti-Semitism; Curse Tablets and Binding Spells from the Ancient World; and Reinventing Paul; and most recently, Who Made Early Christianity? The Jewish Lives of the Apostle Paul(2015, Columbia University Press). He served as Master of Forbes College from 1992-2000. He retired in June, 2006.