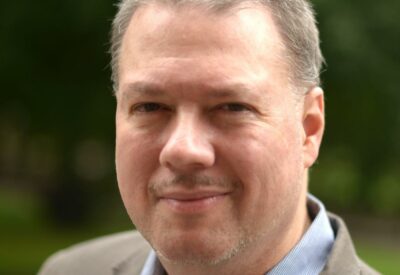 John Davenport is Professor of Philosophy at Fordham University in New York City. He teaches and writes on ethics and political philosophy (including human rights, democratic theory and global governance), moral psychology (agency, free will, and the nature of the self), and related themes in existentialism and philosophy of religion.

In addition to two monographs on motivation, character, autonomy, and self-identity, and two collections on Kierkegaard and virtue ethics (co-edited with Anthony Rudd), John has published several essays on just war theory, the responsibility to protect, US constitutional reform, global governance, and other topics in democratic theory. His recent book on A League of Democracies (Routledge, 2019) argues that we need to replace NATO with a new security organization founded by democratic nations from all continents that can protect us from terrorism, weapons proliferation, and new arms races; prevent mass atrocities that destabilize whole regions; and resist rising threats from dictatorships such as Russia and China that aim to divide and destroy democratic societies.

John is now preparing new books on human rights and the universal right to democracy, justice as stewardship of public capital, the errors of political libertarianism, and the need for a new constitutional convention to fix the American federal system.