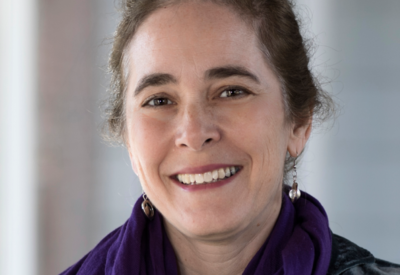 Jennifer L. Geddes, Associate Professor of Religious Studies at the University of Virginia, is the author of Kafka’s Ethics of Interpretation: Between Tyranny and Despair (Northwestern University Press, 2016), editor of Evil After Postmodernism: Histories, Narratives, Ethics (Routledge, 2001), and coeditor (with John Roth and Jules Simon) of The Double Binds of Ethics after the Holocaust: Salvaging the Fragments (Palgrave Macmillan, 2005). She has published numerous articles in the areas of Holocaust Studies, evil and suffering, religion and literature, and ethics, and on such figures as Hannah Arendt, Franz Kafka, Primo Levi, Charlotte Delbo, Jean Améry, Mario Vargas-Llosa, Emmanuel Levinas, and others. She was the founding Editor of The Hedgehog Review.