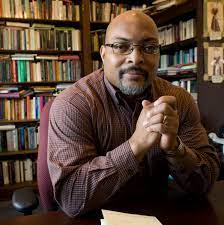 Arnold Farr is Professor of Philosophy at the University of Kentucky (where he initially received his PhD in 1996) and founder and first president of the International Herbert Marcuse Society. His teaching and research interests include social and political philosophy, philosophy of race, critical theory, Marxism, liberation philosophy, and German Idealism. Farr is the author of Critical Theory and Democratic Vision: Herbert Marcuse and Recent Liberation Philosophies (2009) along with numerous book chapters and articles.