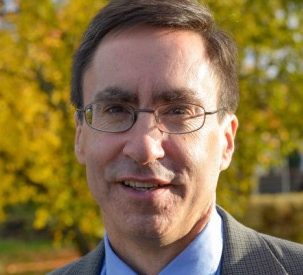 William Cavanaugh is a professor of Catholic studies and director of the Center for World Catholicism and Intercultural Theology at DePaul University, a research center housed in the Department of Catholic Studies and focusing on the Catholic Church in the global South—Africa, Asia, and Latin America. He did his undergraduate degree at the University of Notre Dame, where he planned to study chemical engineering but got hooked on theology. He received a master’s degree from Cambridge University in England and then spent two years working for the Church in a poor area of Santiago, Chile, under the military dictatorship. Upon returning to the United States, he got a PhD from Duke University, and then taught at the University of St. Thomas in Minnesota for 15 years before coming to DePaul. He is married and has three sons.