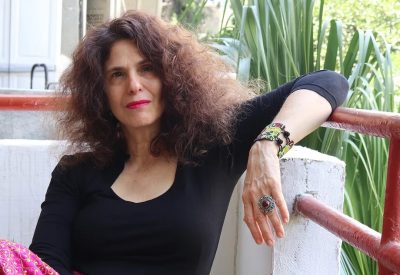 Vered Lev Kenaan (Ph.D. Yale University 1995) is professor of Classics and Comparative Literature at the University of Haifa. In Pandora’s Senses: The Feminine Character of the Ancient Text (Wisconsin, 2008) Lev Kenaan shows how Pandora, the first woman and archetype of otherness and plurality, operates as a figure of textuality in the ancient literary canon. Her recent book, The Ancient Unconscious: Psychoanalysis and Classical Texts (Oxford, 2019) examines the central role of the notion of classical antiquity for the foundation of psychoanalysis. The book offers new interpretations of the Freudian unconscious. The study of culture and myths is central for Lev Kenaan’s writing that deals with the relationship between psychoanalysis and literature, intertextuality and interpretation of dreams, textuality and gender. She is the chief editor of a book series “Myth in the Humanities” whose first publication is Lev Kenaan & Noga Weiss, eds., Childhood Memory and Forgetfulness: Readings in Odysseus’ Scar, Haifa University Press and Pardes, 2018. Lev Kenaan is the editor of the Journal Dappim: Research in Literary Studies.