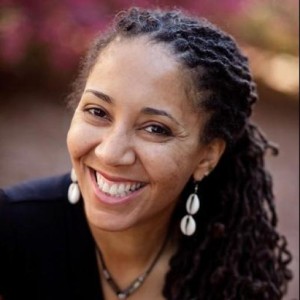 Monica A. Coleman, MDiv, PhD, teaches theology and African-American religions at Claremont School of Theology (CST), in Claremont, CA. At CST, she was recently promoted to the position of full professor—making her the first African-American woman full professor at CST. She is a theologian who works at the intersection of philosophy, faith and African American culture. Her writings cover the topics of sexual and domestic violence, mental health and religious pluralism. Dr. Coleman is an ordained minister in the African Methodist Episcopal Church and a sought-after speaker and preacher. In 2005, The African American Pulpit named Coleman one of the “Top 20 to Watch—The New Generation of Leading Clergy: Preachers under 40.” Dr. Coleman has been featured as an expert in religion and mental health on NPR, Beliefnet.com, PsychCentral.com, and Huffington Post Live. She blogs on faith and depression at www.beautfulmindblog.com.