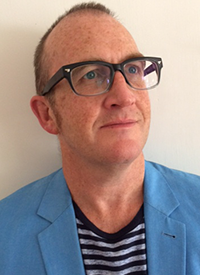 Michael Grimshaw
Mike Grimshaw (PhD Otago) is Associate Professor in Sociology at University of Canterbury, New Zealand. He is  a series editor for Radical Theologies (Palgrave Macmillan) and founding Co-editor of Continental Thought & Theory: (http://ctt.canterbury.ac.nz/about-ctt/). Working at the intersections of radical & political theology, continental thought & critical social & cultural theory, his research interests arise from a critical engagement with the intersection of religious and cultural theory as applied to both New Zealand and a global context. In this  he makes use of Continental thought and theory, and in particular the ‘weak thought’ arising from the work of Gianni Vattimo. His longstanding focus is on radical theology and philosophy and in particular the social, cultural and philosophical impact of the death of God.