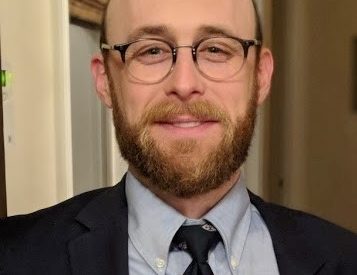 Michael Cover is Assistant Professor of Theology at Marquette University. He specializes in New Testament and early Judaism, particularly the Pauline letters, Philo of Alexandria, and their reception in early Christianity. His articles appear (or are forthcoming) in the Harvard Theological Review, the Journal of Biblical Literature, and the Studia Philonica Annual. His first book, Lifting the Veil: 2 Cor 3:7-18 in Light of Jewish Homiletic and Commentary Traditions (De Gruyter, 2015), examines Paul’s biblical interpretation in the Corinthian Correspondence. Current research interests include the study of echoes of classical tragedy and comedy in the New Testament. He is also working on a book-length commentary on Philo of Alexandria’s allegorical treatise, De mutatione nominum, for the Brill Philo of Alexandria Commentary Series (PACS). Michael has been a Lilly Postdoctoral Fellow in the Humanities and was awarded the 2017 Paul J. Achtemeier Award for New Testament Scholarship. He is a priest in the Episcopal Church and a member of the current round of Anglican-Roman Catholic Ecumenical Dialogue in the United States (ARC-USA). He was recently awarded an Alexander von Humboldt Fellowship and is spending the 2018-2019 academic year in Münster, Germany.