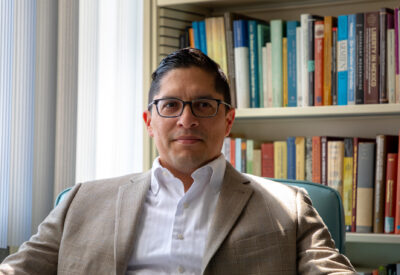 Manuel R. Vargas is a Professor of Philosophy at the University of California, San Diego. His research focuses on the overlap of moral, psychological, and legal issues concerning human agency and freedom. He also writes about the history of Mexican and contemporary Latinx philosophy.

Vargas is the author of Building Better Beings: A Theory of Moral Responsibility (OUP, 2013), which won the American Philosophical Association’s Book Prize in 2015. With John Martin Fischer, Robert Kane, and Derk Pereboom, he co-authored Four Views on Free Will (Blackwell, 2007). With John Doris, he edited the Oxford Handbook of Moral Psychology and with Gideon Yaffe, he edited Rational and Social Agency: The Philosophy of Michael Bratman (OUP, 2014).