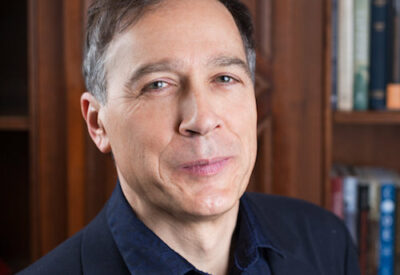 Davide Stimilli is Associate Professor of German, Comparative Literature, and Jewish Studies at the University of Colorado, Boulder and an affiliate of the Center for the American West. Davide graduated in Philosophy from the University of Pisa, Italy, and holds a Ph.D. in Comparative Literature from Yale University. He is the author of Fisionomia di Kafka and The Face of Immortality: Physiognomy and Criticism, the editor of a monographic issue of the journal aut aut, devoted to Aby Warburg: “Aby Warburg. La dialettica dell’immagine,” and of his clinical history: Die unendliche Heilung. Aby Warburgs Krankengeschichte (translated in Italian, French, and Spanish), as well as of a selection of his unpublished writings: “Per Monstra ad Sphaeram”: Sternglaube und Bilddeutung. Vortrag in Gedenken an Franz Boll und andere Schriften 1923 bis 1925. His interests include literary criticism and theory, intellectual history, art theory, and film studies.